How Can The Insurance Companies Of Today Be The Digital Disruptors Of Tomorrow in 2019?

Twenty years ago, it would have seemed highly unlikely that you could disintermediate a mighty retail store chain and expect a gross of white paper plates to arrive at your door the very next day, simply by speaking the words “Alexa, please send me 144 10 and 3/4 inch Chinet plates” into a wireless speaker about the size of a can of beans.

What might this have to do with insurance? Well, particularly with regard to life insurance, there’s an old saying: “Insurance is sold, not bought.” In our industry, there’s traditionally been a salesperson in the mix. Sort of analogous to the physical store. But with the proliferation of consumer-friendly, app-based insurtech products now gaining momentum, there’s a very real possibility that this adage, along with the friendly neighborhood storefront broker, could fall into disuse, or at least obscurity.

The end-of-the-road turn of events from 9,000 Blockbuster stores to just one (as an example) is not to signify doom and gloom for the producer. But as the carrier’s human connection with the customer (either via a captive or independent broker) is replaced by technology, I definitely see the app doing more of the work of interfacing and selling.

Throughout the history of insurance, the agent or producer has been the public marketing face of the carrier. As we are all aware, this is the first line of customer engagement — agencies are first and foremost in the b-to-c realm and operate as a retail organization. They are thus both distributor — in the sense that customers can come to the agency or “storefront” to purchase their insurance — and marketer/advisor. Customers making a claim, or who have had a question about a claim, have probably contacted the agent first to get an explanation of the policy and procedures associated with it.

In many ways, then, it can be argued that in the public eye, agents or producers are the insurance company. While I don’t foresee the need for agents to vanish immediately or completely, it’s entirely plausible that automation and digitization may eventually become synonymous in consumers’ minds with human carrier interface. This could radically change the position of the agent to a much more secondary role, perhaps leaving agencies to deal with smaller or secondary markets that are slower to adopt digital models, or selling policies that defy digitization in one way or another, for example, commercial underwritings — case in point, a consumer may probably not going to insure his or her Oil Tanker or the Broadway Musical he or she is producing, using his or her phone app. But in more daily consumer applications, the producer’s role might radically evolve.

As things now stand, if carriers were to lose their distribution and customer relationships — currently the key roles held by their producers — to convenient, real-time mobile insurtech apps, the technology infrastructure that would enable it all isn’t quite there yet — akin to trying to conduct online retail without a payments or distribution function — and would have to be magicked up in a jiffy.

So, how much of an actual threat does technology pose to the time-honored carrier-producer-customer triumvirate? Right now, most of the hype around the technology is really just that, and not tied to a substantial number of use-cases. However, as product variety is introduced, and as insurance becomes available in multiple and fragmented formats, the app is likely to become the customer’s first port of call. And integrated into that customer’s search will need to be a way to transact.

Considering the disruptive effect technology has had on other industries, it’s worth taking a look at a few of the technologies that will drive this change — and some possible ways that carriers and agents could use them to preserve and expand their customer relationships — thereby disrupting the disruptors.

Platforms. If they haven’t already done so, carriers should be looking toward adopting an ecosystem perspective, underpinned by a technology platform. This will help to reevaluate their traditional business model — and though initially, it would seem to disintermediate their producers, it will soon serve to create a whole suite of new services and products for them to distribute. Insurance companies should also consider forging partnerships with tech players both within and outside the industry — this could reinvigorate their digital strategies. Platforms will ultimately change the industry’s relationships and interactions with their customers.

Blockchain. Though in my experience of speaking with insurance leaders the word is dreaded and maligned, research shows that blockchain nonetheless has huge potential within incumbent carriers. Of course, it is also being used by start-ups to attack them — a completely different source of dread and insecurity. It’s a truism, however, that facing that which we fear most is the only way to move beyond it. Blockchain does have its benefits. For example, it could automatically trigger events in claims, such as handling through smart contracts; it can also provide greater transparency in fraud prevention and ultimately, in doing so, reduce cost and speed up processes. As of this writing, nine forward-looking insurance companies globally are already using blockchain to innovate new products. Longtime incumbent players in the insurance industry are now providing travel insurance based on the distributed ledger system — if your flight gets delayed, blockchain picks it up and pays you out almost immediately through your smartphone.

Internet of Things. While we’ve seen that IoT can allow for more accurate risk assessment, initially in connected cars, health, homes or commercial lines, it also allows insurers to interact more with their customers, on the basis of data collected, enabling them to tailor a more personalized customer relationship that has been missing, indeed, that was in the purview of agents and producers.

Big data. Always churning away automatically in the background, data is what allows for informed innovation into new product lines and types. Insurance companies must take hold of big data and learn to curate the deluge of data coming from IoT. Analyzing this data is what can result in micro, personalized, or on-demand insurance that is much more tailored to a customer’s immediate need, while still being commercially viable.

So, getting back to our question of how big of a threat the insurtech invasion actually poses to the carrier-agent-customer relationship, we need to answer that question with another question: How can insurance companies — agents as well as carriers — become the disruptor, rather than the disrupted? We do that by re-inventing ourselves, over and over. The waves of disruption we are currently experiencing are more or less constant — it’s time to ride them, rather than getting pulled out by the tide.

Insurance Market is a market place where we are serious about insurance and where professional parties come together to transact insurance only in the best and most responsible manner. Insurance Market offers a wide range of general insurance products (such as travel insurance, maid insurance, pet insurance and more) online and life insurance through personal advice from our qualified brokers. Please contact us at [email protected] or +65 69081811 if you have any questions.

How Can The Insurance Companies Of Today Be The Digital Disruptors Of Tomorrow in 2019? was last modified: September 15th, 2019 by Rahul Rastogi
Share on
Author

Rahul Rastogi
Rahul is a Senior Technologist with excellent business acumen. He has over 15 years of experience in the Insurance, Banking and Finance Industry. He is interested in the use of innovative tech in Insurance. 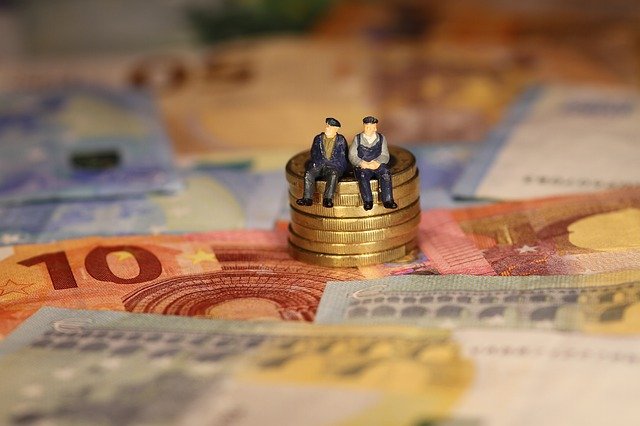 Insurance Policies: Five Most Common Insurance to Have in Singapore Want free insurance when you are in Singapore? Here are some of them